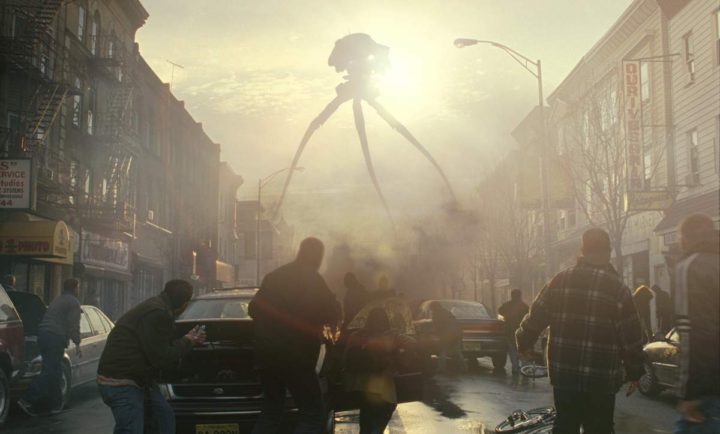 You will not see a better made film this year than Steven Spielberg’s War of the Worlds. There’s been more than one occasion when I’ve felt that Spielberg has squandered his gifts so casually that I’ve left the cinema jumpy with irritation at him. I didn’t yesterday evening.

At a certain point craftsmanship becomes so fine that it produces magic. If this movie had been made by a European director with a history of fashionable independent releases behind him, it would have been praised ecstatically for setting a believable family tale in the eye of an equally believable global horror. Instead even the American critics do Martian tentacle squirms to avoid sounding too admiring. They grudge. They gripe. They quibble. They sniff. Spielberg is too successful, his work too popular, his talent too great. I smiled today when, after some googling, I found out that one (I thought serious) objection that I had to one of the performances in the film turned out to be completely unfounded. Everyone wants to pick at the master’s vision. The New York Times review exemplifies the clever flying needed to peck the eyes of a giant:

“Millions of deaths and incalculable property damage seem like pretty expensive family therapy, but it’s heartening to know that even an alien invasion can provide an opportunity for learning and growth.”

“Mr. Cruise has lately proven himself to be much more interesting and unpredictable as a talk show guest than as an actor”

To take these poses in order: I was transfixed from start to finish (and I’m easily distracted); what’s especially satisfying about this film family is that Californian psychobabble and the therapy culture seem to have passed it by completely; I can’t stand Tom Cruise but his performance in this is magnificent: generous, authentic, and free of vanity; but it’s that “fairly spectacular” that says the least about the film and the most about the person writing about it. To strain so hard at nonchalance in the face of some of the most awe-inspiring and convincing images of destruction ever committed to film takes a special kind of stupid: the kind of stupid that only an over-educated broadsheet journalist, working in the company of his peers over several years, can attain.

As for the specially clever Mr Spielberg, he’s tackled the Holocaust, the future of criminal justice, and (more than once) what would happen if mankind encountered extraterrestrial life. What unfilmable story could he take on next?

[If you don’t mind plot spoilers you’ll learn a lot about the greatness of H G Wells from this Wikipedia article too.]