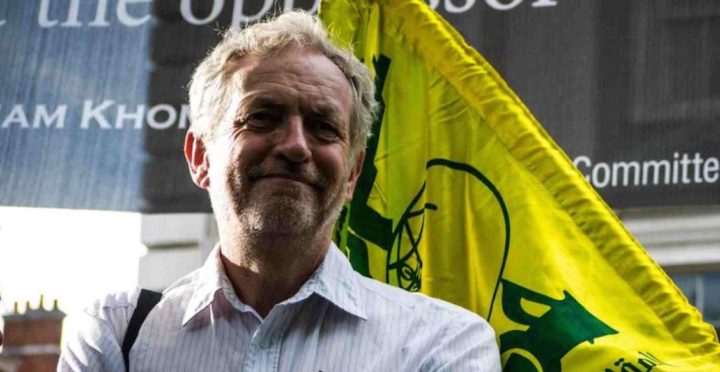 The UK Labour Party’s moral decline began with Ed “My Parents Are Refugees” Miliband’s betrayal of Syrian civilians for petty party-political ends. When I saw Labour MPs raise their arms in Parliament in triumph at winning a vote to abandon children to gas attacks, I resigned my lifelong membership of the party.

But the main reason I will likely never return to Labour is that it has become an institutionally racist political party. This speech, Jews, the British Labour Party, and How We Fell Out, by David Toube of Quilliam is one of the best summaries of how such a great, progressive institution sank deep into this swamp of hatred under Jeremy Corbyn.

It’ll take you a few minutes to read, but it’s worth the time. It’s cool and accurate and sober, and, by its end, not entirely depressing. Some highlights:

There are two features which might be said to define British Left wing politics, and figure large in its mythology. The first is that the Left is the citadel of anti-racism. The second is that the Left has a monopoly on virtue. Neither of these myths are true.

However, the consequences of these delusions are as follows. When racism emerged on the Left in Britain, it was either minimised, or explained away as an aberration. By contrast, racism on the Right is regarded, including by those who are themselves active in centre Right politics, as a natural danger, a stumbling block to be avoided. For that reason, centre Right politicians have long been alert to the dangers of antisemitism, and have taken steps to establish a cordon sanitaire, excluding antisemites from positions of power and influence, and quickly expelling those who breach that boundary.

The part of the Left which has now taken over the Labour Party emerged from various parts of the Left ecosystem, of which one was the so-called anti-War movement. The Stop the War Coalition was a coalition between Stalinists, Trotskyites and Islamists, whose chair was the Leader of the Labour Party, Jeremy Corbyn. That coalition was bound together by opposition to Western and American power. It brought British Left activists into close cooperation with organisations aligned to the south Asian Islamist group, Jamaat-e-Islami, and with the Muslim Brotherhood. Supporters of the Islamic Republic of Iran and its proxy, Hezbollah, played a supporting role.

These organisations were treated as part of an international coalition against what the Left regarded as ‘imperialism’. In this political milieu, Israel was regarded as an imperialist, colonialist venture, to be opposed in every way, and ultimately to be dismantled. When the overt and conspiratorial antisemitism of the various Islamist groups was pointed out by concerned critics, the response of Jeremy Corbyn was to host Hamas and Hezbollah activists in the House of Commons, and to call them his ‘friends’. Their antisemitism was treated as mere rhetoric, or the cry of the oppressed, rather than the all-explaining worldview that it is.

By this means, the Left got into the habit of ignoring or minimising antisemitism. When it came to doing the same in relation to antisemitism arising in their own ranks, amongst predominantly white British political activists, they were already well practiced in the art of the reflexive, dismissive response.

Two council candidates  in separate posts, implied that Israel had created or was backing ISIS.

We then come to a separate category of antisemitic discourse: the denial, inversion, or applauding of the Shoah.

There have literally been over a thousand complaints, each involving similar rhetoric, to the Labour Party’s compliance department. There are so many that, instead of giving a structured talk, I could simply have read them out to you. I wouldn’t even be a fraction in to the total before my time was up.

The result of reporting these individuals to Labour has been, to put it politely, mixed. Some have resigned. Some have been expelled. Many others have been cleared. But the largest category of cases are those which await adjudication.

But the part of the talk I recommend most strongly is the part I don’t quote here. It’s the last two sections. If you’ve read the extracts above, but don’t have time to read the whole thing, read those parts of it at least.