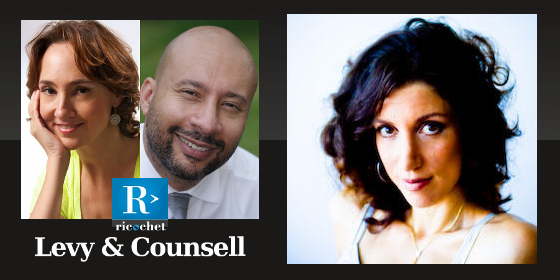 This is the first edition of the podcast that’s freely available gratis to people who don’t subscribe to Ricochet so fill yer boots. Judith and I just wound Claire up and let her run, though I did press her to come up with some hard, pragmatic reasons for the West (the US) to intervene in those areas of the planet where there is trouble right now.

Judith has already listened to the recording and pointed out that the conflict Claire and I refer to as the worst of recent time, measured by numbers of dead, isn’t audible. We were talking about the war(s) in the Democratic Republic of the Congo.

How to get work done at work
Levy & Counsell podcast 4: National Manners, International Diplomacy, and Statehood at the United Nations